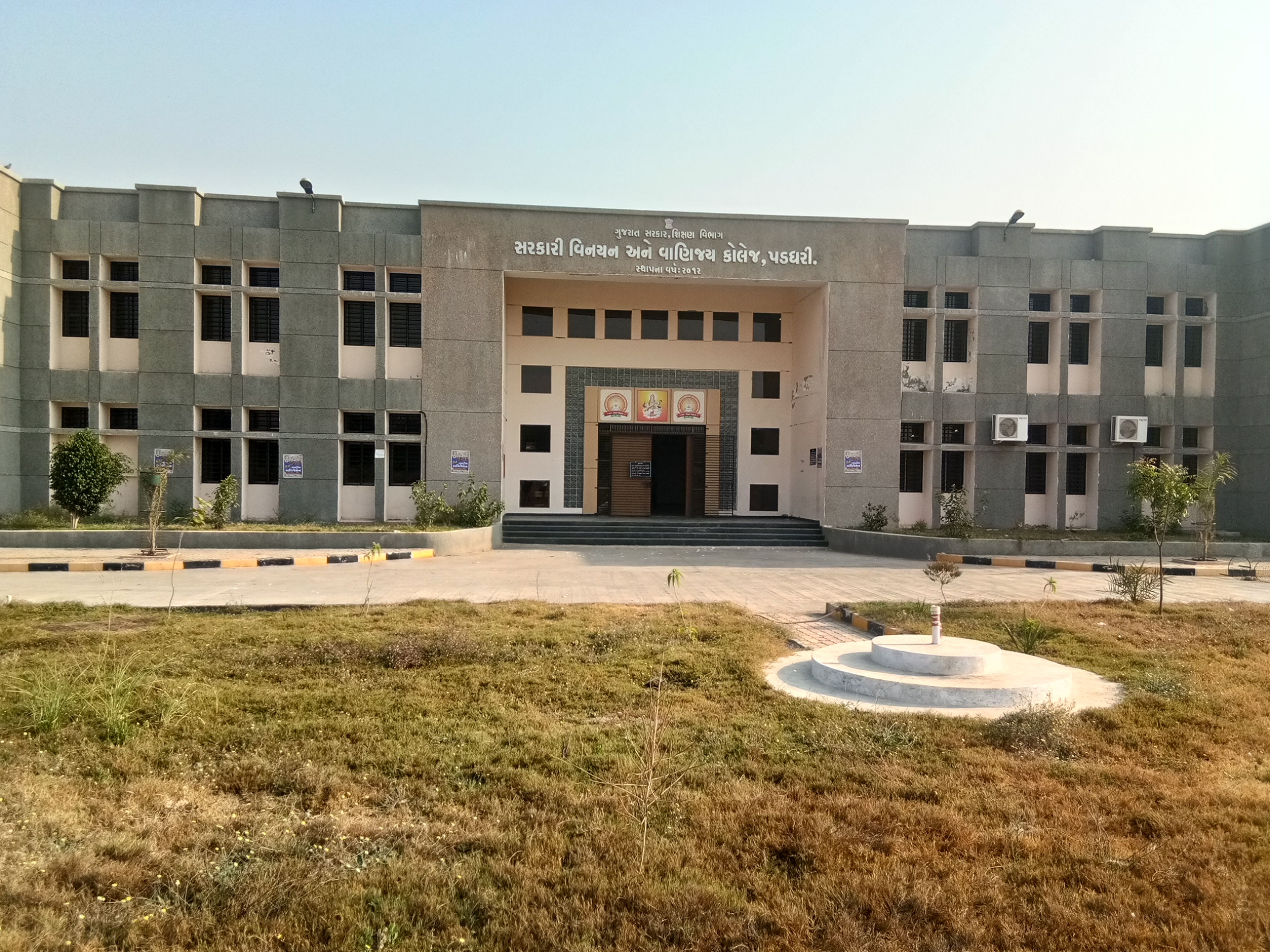 Kavi Shree Daad Government Arts & Commerce College, Paddhari, is entirely an initiative of the Government of Gujarat department of Education and among the fifteen government colleges established in the year 2012 for the upliftment of the backward areas of the state.Paddhari is a taluka headquarter and is approximately twenty five Kilometers from Rajkot city,the financial capital of Saurashtra region. Paddhari is very strategically located on the State High Way between Rajkot and Jamnagar, the two major cities of Saurashtra. Earlier the students from Paddhari and the numerous surrounding villages had to commute to Rajkot or Jamnagar for pursuing Higher Education. With the establishing of Kavi Shree Daad Government Arts & Commerce College, Paddhari, the students of this region have access to affordable quality education at very reasonable rates.Initially the college was temporarily housed in a separate section of Government High School, Paddhari with limited infrastructure. On 10/06/2017, the newly constructed college building was inaugurated by the Honorable Minister of State for Education and Road and Building Department, Shri Jaydrathsinhji Parmar. The sprawling campus is spread over eight acres and has state of art ICT facilities that aid in providing quality higher education.